Plasma is the fourth state of matter in the periodic table.

Plasma is a partially ionised gas formed when gas passes through an electrical field and splits into free electrons, neutrons, and ions.

This dissociation of gas requires a lot of energy, but as the atoms recombine, the process releases a lot of latent heat, resulting in temperatures of up to 17,000°C.

When an arc is generated, plasma, which is electrically conducting, is always present between the electrodes.

In the sense that both PAW and GTAW use non-consumable tungsten electrodes and shielding gas, they are similar.

In all circumstances, however, the welding torch is constructed differently.

A tungsten electrode is housed in a specially constructed nozzle in PAW, which concentrates a high-velocity stream of inert gas (e.g., argon or argon–hydrogen mixtures) into the arc region to generate a high-velocity, intensely hot plasma arc stream.

The transferred arc is superior because it transfers more energy to the workpiece and is less prone to magnetic deflection, but it can only be utilised with conductive work materials.

To create a high-velocity, intensely hot plasma, a high-velocity stream of plasma gas (argon or argon-hydrogen combination) is delivered into the arc zone. Argon, helium, and an argon-helium combination are utilised for arc shielding.

The narrowing of the arc, which creates a plasma jet of small diameter and high energy density, accounts for the greater temperatures in PAW compared to GTAW.

The arc-shielding gases argon, argon–hydrogen, and helium are also used. 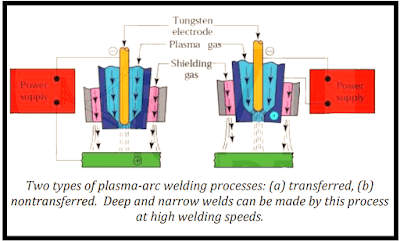 The creation of the arc is the reason for the high temperatures in PAW (much greater than in GTAW).

Although the normal power levels in PAW are lower than in GTAW, the power is concentrated to form a plasma jet with a small diameter and a high power density.

Plasma arc welding was first introduced in 1960, but it took a long time to catch on.

Its use as an alternative for GTAW in applications such as automobiles, subassemblies, metal cabinets, door and window frames, and home appliances has increased in recent years.

see more about resistance welding and its types 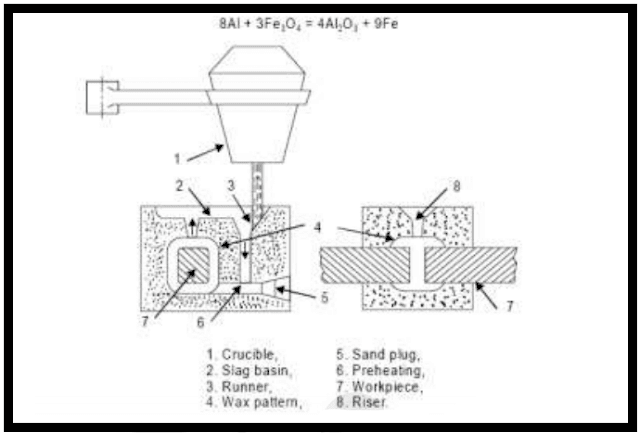