Resistance Welding(RW) refers to a category of fusion-welding methods that achieve coalescence by combining heat and pressure.Heat created at the weldable connection by electrical resistance to current flow.

Workpieces to be welded (typically sheet metal parts), two opposing electrodes, a way to provide pressure to squeeze the parts between the electrodes, and an AC power supply from which a regulated current can be supplied are the main components.In spot welding, the action creates a fused zone between the two pieces known as a weld nugget.

Resistance welding, unlike arc welding, does not require shielding gases, flux, or filler metal, and the electrodes that transport electrical power to the process are non-replaceable.Because the applied heat nearly invariably produces melting of the faying surfaces, RW is categorised as fusion welding (With exceptions).Because some resistance welding techniques employ temperatures below the melting points of the base metals, fusion does not occur.

Resistance heating, arc heating, and perhaps metal combustion in the arc are all used in a few welding operations.

The amount of heat that the workpiece generates. H = IVt = I(IR)t = I2Rt, where H is the heat created in joules, I is the current in amps, R is the resistance in ohms, and t is the time of current flow in seconds.

The most common method in this group is resistance spot welding. Automobiles, appliances, metal furniture, and other sheet metal products are all mass produced with it. Given that a typical car body contains around 10,000 separate spot welds and that yearly automobile manufacturing in the United States is measured in the tens of millions of units, resistance spot welding has a significant economic impact.

The overall resistance in the welding circuit is equal to the sum of:

Resistance spot welding (RSW) is a RW procedure in which opposing electrodes fuse the faying surfaces of a lap joint at a single point.

In instances when an airtight assembly is not required, the procedure is used to attach sheet metal parts with a thickness of 3 mm or less using a succession of spot welds.

The electrode tip determines the size and shape of the weld spot; the most common electrode form is round, though hexagonal, square, and other forms are also employed.

A heat-affected zone extends slightly beyond the nugget into the base metals, giving the weld nugget a diameter of 5 to 10 mm.

If the weld is done correctly, it will have the same strength as the surrounding metal.

RSW electrodes are made of two types of materials: copper-based alloys and refractory metal compositions like copper and tungsten combinations.

The second group is distinguished by its high wear resistance. Spot welding tooling, like that of most production processes, wears out with time.

Internal channels for water cooling are incorporated into the electrodes where possible.

Spot-welding procedures can be performed using a variety of machinery and methods due to their ubiquitous industrial use.

It is made up of two electrodes, one of which is permanently attached.

For conveying the mechanical force from a pneumatic cylinder, the other electrode is fixed to a rocker arm (to offer mechanical advantage). (This is the most basic form of organisation.)

Another option is to connect the electrode directly to a pneumatic or hydraulic cylinder without using a rocker arm.

The electrode holders and pneumatic pressurising system are contained in a portable assembly that is transported to the location where the spot is to be created.

Electric current, pressurised air, and cooling water for the electrodes are delivered to the portable unit through cables and hoses from the main welding equipment.

When spot welding, a correct current density is maintained, a suitable weld is obtained.

The contact area between the electrode and the workpiece determines the current density.

If the tip becomes disturbed over time and the contact area rises, the current density will be reduced, and the weld will be obtained over a larger region.

This would not be able to melt the metal, and hence no proper fusion would occur.

The sequence of events that generally occur in each of the welds is referred to as a resistance welding schedule. The following are the events:

Before spot welding, make sure that

Spot welding electrodes are comprised of materials with higher electrical and thermal resistivities, as well as enough strength to bear high pressure at high temperatures.

The right electrode form is critical for achieving the necessary current density, and three primary types of spot welding electrodes are utilised for this: pointed, domed, and flat electrodes.

It’s a sort of continuous spot welding in which spot welds overlap to the appropriate extent.

The heat generated by the resistance to electric current (flow) via the work pieces held together under pressure by circular electrodes causes coalescence at the faying surfaces in this process.

By spinning the circular electrodes, a succession of overlapping resistance-spot welds are formed progressively along a joint.

Seam welding is similar to spot welding, except that circular rolling electrodes are utilised to create an airtight, continuous seam of overlapping welds.

1. It is used to make leak-proof joints in car fuel tanks.

2. Most metals, with the exception of copper and heavy copper alloys, can be seam welded.

3. Flange welds for use in watertight tanks are also made with it. 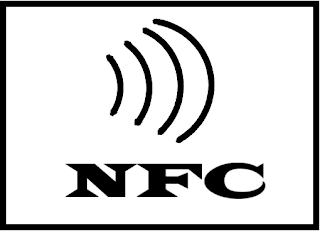