Rolling is a compressive deformation process in which two opposed cylindrical instruments called rollers reduce the thickness of a slab or plate. The rolls rotate, drawing the work into the space between them and compressing it.

Rolling is usually the initial step in the process of transforming raw material into a final wrought product.

Slabs can be rolled further to become plates, sheets, and strips. These hot-rolled products are typically used as the raw material for further processing such as cold forming, machining, or welding.

It is a technique for lowering the thickness of a lengthy workpiece by applying compressive stresses through a group of rolls.

Rolling is a deformation process in which compressive pressures exerted by two opposing rolls diminish the thickness of the object. 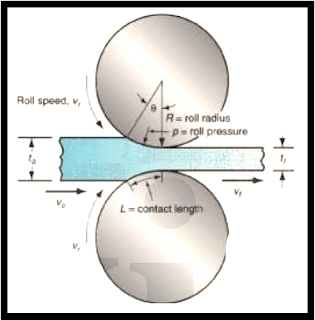 The rolls revolve in order to draw and squeeze the work between them. Flat rolling is the basic procedure for reducing the thickness of a rectangular cross section.

Shape rolling, in which a square cross section is moulded into a shape such as an I-beam, is a similarly similar process.

The majority of rolling operations are capital expensive, necessitating the use of enormous machines known as rolling mills. Because of the hefty initial investment, the mills must be utilised to produce huge numbers of conventional commodities such as sheets and plates.

Due to the significant amount of deformation necessary, the majority of rolling is done by hot working, also known as hot rolling. Residual stresses are often absent in hot-rolled metal, and its characteristics are isotropic.

Hot rolling has the disadvantage of being unable to hold precise tolerances and leaving a distinct oxide scale on the surface.

The most prevalent use of rolling mill operations is steelmaking.

The steps in a steel rolling mill are shown in order to show the range of products that can be manufactured. 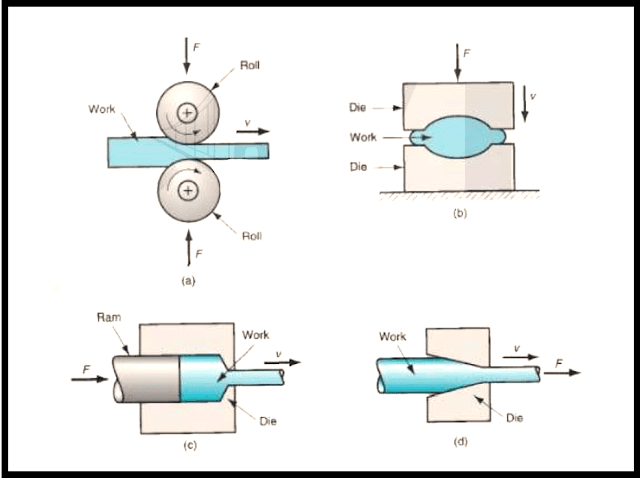