The economics of mass production of identical components by machining processes is greatly influenced by the use of jigs and fixtures which are essentially work-holding and tool-guiding devices. They help in reducing the production costs primarily by bringing saving in production time. Their use eliminates the time-consuming operations of centring and marking every job before machining and later setting each job on the machine tool every time according to the marking. This reduces the number of job handling and setting operations on the machine tool which in turn brings saving in time.

Each workpiece held in the jig or fixture is kept properly. clamped and positioned on the machine tool in a correct relationship with the cutting tool. This ensures machining of all the identical workpieces to correct shape and size when they are held in the jig one after the other for machining purpose. The use of jig or fixture thus brings reproducibility and interchangeability in the mass produced components which in turn, helps in their rapid assembling into the form of a structure or machine.

A jig is basically employed for the purpose of locating, supporting and holding the workpieces. on a machine tool table and also for essentially guiding the cutting tool (with the help of jig bush) during its working. The term jig is confined to such devices that are employed for holding the workpieces and for guiding the tool in conducting the operations of drilling, reaming and tapping. The jig comprises a body or frame which may be either an open steel structure or a closed type box structure, devices for supporting, locating and clamping a workpiece every time in identical position inside the jig for machining during their mass production.

The jig carries hardened steel bushes or tool guides to help positioning of the tool at the right working location on the job and to guide the tool during its working. The use of jig for drilling, reaming or tapping eliminates the need for centring and marking operations often carried out on the job to help approaching the right location of working. During use, the jig supports the workpiece when the latter is loaded, located and clamped inside the jig and the loaded assembly of the jig and the workpiece is either held manually or clamped with the machine tool table, to position it with respect to the cutting tool. 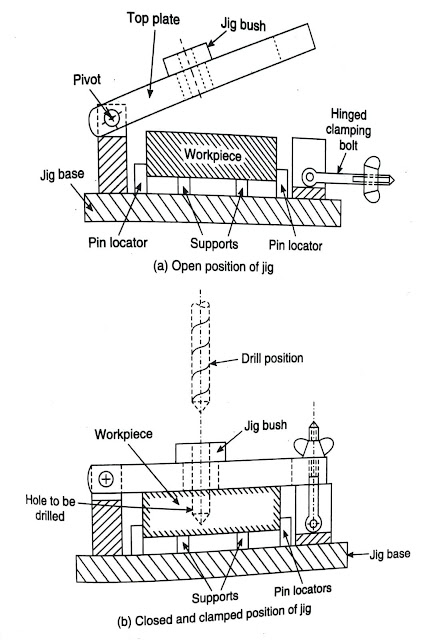 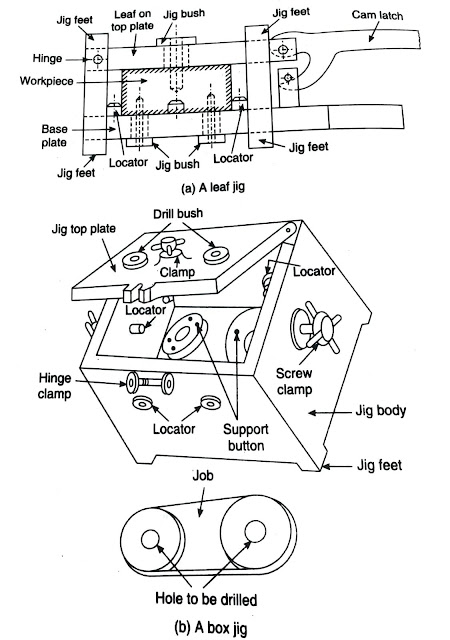 Important elements of a drill jig shown with reference to two types of jig. A leaf jig with open frame structure is capable of drilling holes on two opposite faces of the workpiece, the top face and the bottom face by turning the jig upside down. The box jig is used for drilling two holes in a typical.

A fixture is primarily used to hold and clamp the workpiece on the machine tool table and to locate or position it with respect to the cutting tool but without necessarily providing definite guidance for the tool during its working on the workpiece. The term fixture is used for those work-holding devices which are used for mass machining operations of milling, turning, planning, shaping or grinding. Fixtures also find use in welding large and intricate jobs, for assembly works, and for inspection and testing of large components. The fixtures are usually heavy in construction.

A fixture is also a job supporting and holding device like a jig and is fairly similar to the jig in construction but it differs from the jig in one aspect that it does not guide the tool during working. In case of fixtures, the cutting tools are normally set with respect to the workpiece by adjusting the machine tool and its assemblies such as cutter head or work table. Use of gauge blocks, setting gauges and feeler gauges is also made for setting the cutting tools on the workpiece. 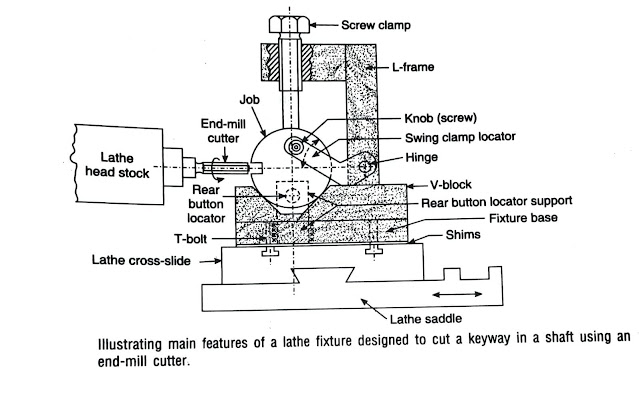 Illustrating main features of a lathe fixture designed to cut a keyway in a shaft using an end-mill cutter. 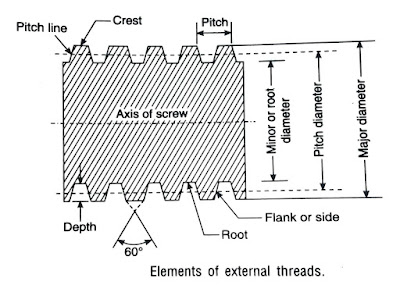 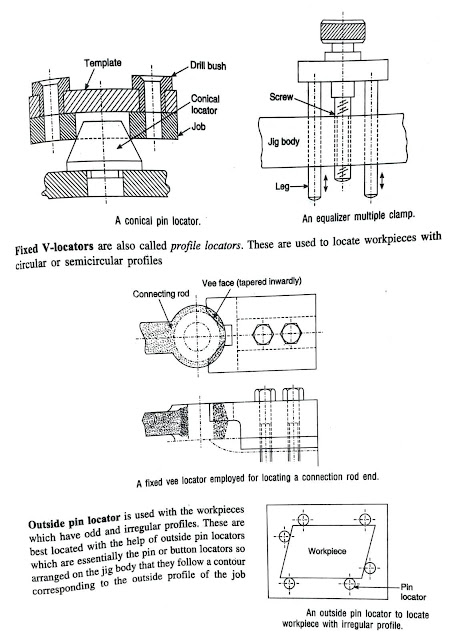