The reciprocating pump is a hydraulic machine which converts the mechanical energy into hydraulic energy (Pressure energy ) by sucking the liquid into a cylinder in which a piston is reciprocating (moving forward and backward). It is also called a positive pumps, as it discharges a definite quantity of liquid during the displacement of its piston.

a. According to the action of pump

b. According to number of cylinders

A reciprocating pump consists of the following parts: 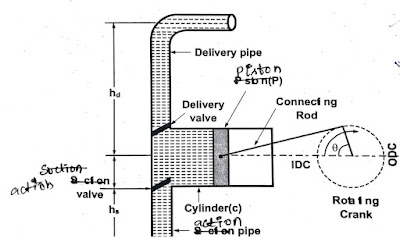 In a double acting reciprocating pump, the water is acting on both sides of the piston. Thus it requires two suction pipes and two delivery pipes. The discharge of this type is to be than that of single acting pump. This is due to the reason that, in a double acting pump, the water is sucked on one side of the piston and delivered from the other side during the same stroke. These two processes (i.e. suction on one side and delivery on the other side) are reversed during the return stroke. Thus for one complete revolution of the crank there are two delivery strokes. Therefore, the continues dis charge is obtained. 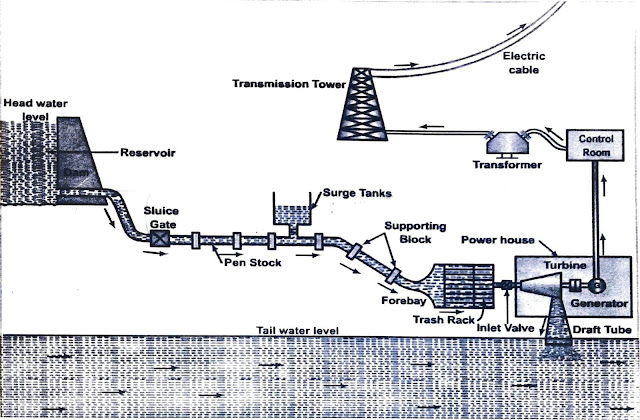 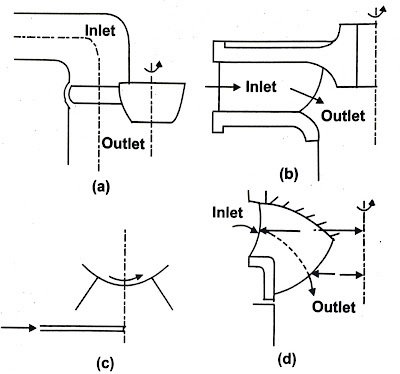 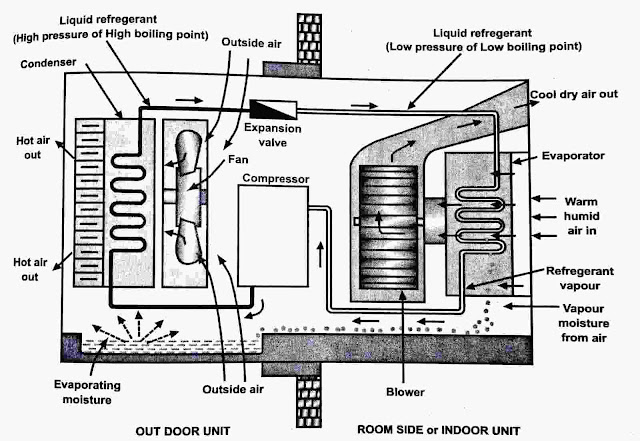