Digital images can be broadly classified into two types and they are
(i) raster image, and
(ii) vector image.

A raster image file is generally defined as a rectangular array of regularly sampled values known as pixels. Scanned graphics and web graphics are the most common forms of raster images. Raster images are mapped to grids which are not easily scalable. A raster image is resolution dependent because it contains a fixed number of pixels that are used to create the image. Since there are a fixed and limited number of pixels, a raster image will lose its quality if it is enlarged beyond that number of pixels as the computer will have to ‘make up for the missing information.
This fact which shows the portion of the raster image being zoomed by a factor of 3 and 24. When the image is zoomed by a factor of 24, the clarity is lost. Bitmaps are used for photorealistic images, and therefore, involve complex colour variations. Raster images can show well the gradations of colour and detailed images such as photographs. Also, they can be acquired

A vector image is defined by objects which are made of lines and curves that are mathematically defined in the computer. A vector can have various attributes such as line thickness, length and colour. Vector images are mathematically defined and hence, they are easily scalable. This implies that vectors can be printed at any size, on any output device, at any resolution, without losing the detail and without altering the resolution of the image. The zooming of a vector image. The vector image is zoomed by a factor of three and twenty-four. From the figure, it is evident that vector images can be scaled by several factors with- out altering the resolution of the image. Vector images are thus suitable for typography, line art and illustrations. 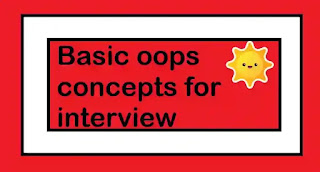